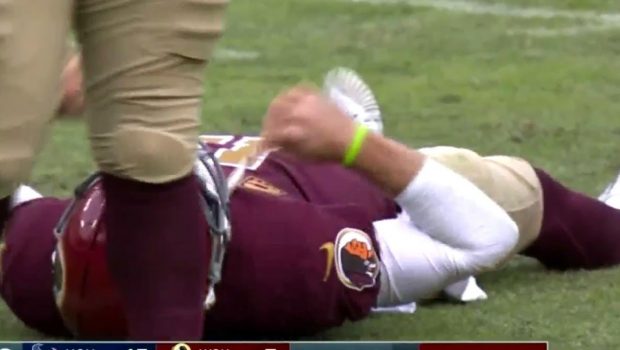 Washington will be without its starting quarterback for the rest of the season. Smith was carted from the field in the third quarter of yesterday’s game against the Texans after suffering a gruesome lower leg injury. Backup Colt McCoy will handle the team’s snaps in his stead.

Shortly after the game, Redskins coach Jay Gruden said Smith suffered compound fractures to his tibia and fibia that will require surgery.

Here’s a zoomed-out look at the play that caused the injury: