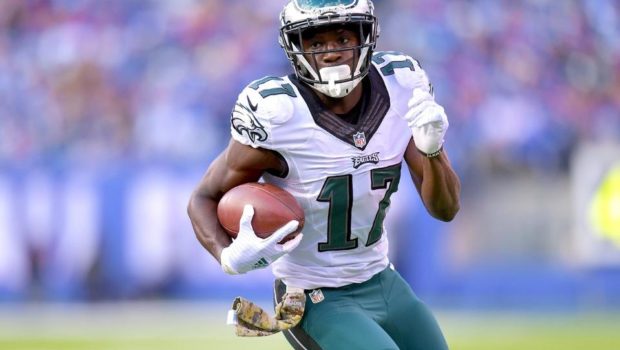 Let’s look on the bright side of yesterday’s 28-13 Eagles loss to the Giants:

The Eagles moved the ball better than they have in a month, but spent the afternoon playing catchup after Carson Wentz unfurled interceptions under pressure on their first two possessions.

After completing fewer deep passes than any other quarterback the past two weeks, Wentz dialed up seven different plays of 20 or more yards versus the Giants, resulting in a career-high 364 passing yards.

The majority of the damage was done by Jordan Matthews and the tight-end duo of Zach Ertz and Trey Burton, as young wideouts Nelson Agholor (above)  and Dorial Green-Beckham continued to struggle.

Although the Eagles easily won the yardage battle (443-302), it’s telling that they couldn’t muster a single yard in the red zone after Connor Barwin and Jordan Hicks combined on a spectacular play to put the ball in Wentz’s hands with the game on the line.