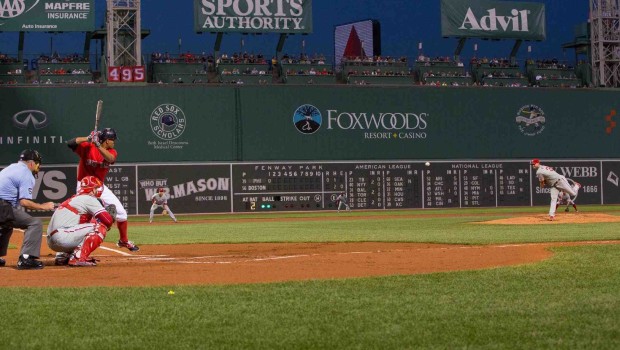 The 27-year-old right-hander struggled in the early part of the season, sometimes relying too much on his mid-to-upper 90s fastball. On his recent run, he’s thrown more off-speed pitches.

“Something that I learned is that you can’t just keep pounding fastballs, especially in this division with the hitters,” Kelly said. “Like I said, you’ve got to keep all the hitters off-speed throughout the entire game.”

Jackie Bradley Jr. hit a solo homer and David Ortiz an RBI double in a four-run seventh inning that carried the Red Sox to their eighth win in their last 10 meetings against the Phillies in Fenway Park.

It was more than enough support for Kelly.

“Seventh win in a row is impressive,” Boston’s interim manager Torey Lovullo said. “Want happens inside of each outing is limited runs and total control of not just the fastball.”

Mookie Betts added an RBI double for Boston, which entered the weekend 10-1-2 in its last 13 series against the Phillies.

Odubel Herrera had a two-run homer and three hits for the Phils.

The Phillies stranded eight baserunners and went 2 for 10 with runners in scoring position.

Robbie Ross Jr. struck out Ryan Howard for the final out of his first career save after closer Jean Machi gave up three runs in the ninth.

Morgan gave up six runs on eight hits in 6 1/3 innings.

The Red Sox had regained the lead with two runs in the fifth. Betts’ RBI double into the right-center field gap tied it. Brock Holt followed with a sacrifice fly.

The Phillies scored both runs off Kelly in the fourth, taking a 2-1 edge. Darnell Sweeney’s grounder plated the first before Ruf had an RBI single.