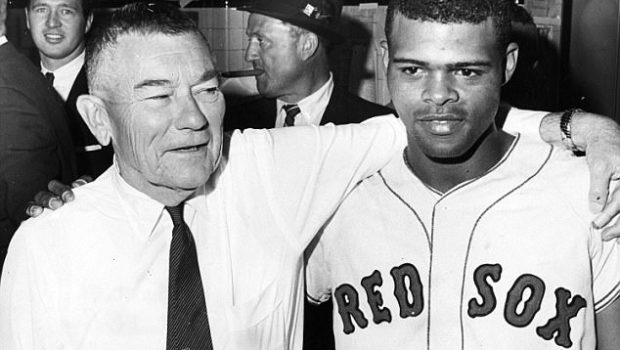 The Boston Red Sox are renaming Yawkey Way, the street alongside Fenway Park, to erase what the team’s owner, John Henry, called a haunting reminder of the ballclub’s history of racial intolerance. Henry told the Boston Herald that he welcomed changing the name of the street that honors his predecessor Tom Yawkey (above with Reggie Smith in 1967), an inductee in the baseball Hall of Fame, and is the mailing address for the ballpark and team offices. Under Yawkey, who owned the club for four decades, the Red Sox were the last team in the major leagues to cross the color barrier, choosing not to sign black players including Jackie Robinson and Willie Mays.