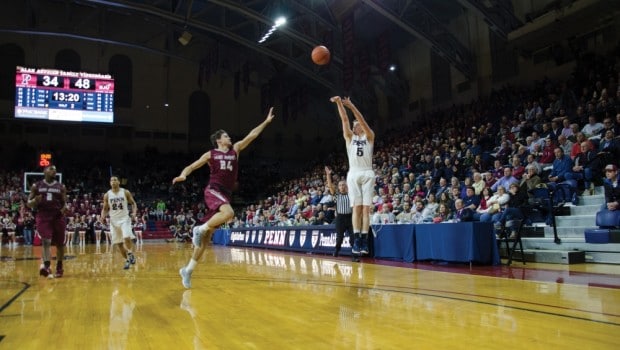 St. Joseph’s is looking like a power in the Big 5, right behind nationally ranked Villanova.

DeAndre Bembry scored 17 points and grabbed eight rebounds as Saint Joseph’s rolled to a 75-60 win over Penn Wednesday night at the Palestra.

Bembry finished 7-of-19 shooting for the Hawks (15-3) and led four players in double figures including Aaron Brown with 15 points, Isaiah Miles with 13 points and Shavar Newkirk with 11 points. The win is the fourth-straight for the Hawks who have won 11 of their last 12 games.

Bembry made a pair of dunks and a 3-pointer in the first half and Brown scored 11 points to help Saint Joseph’s to a 39-23 halftime lead.

Penn had an 11-5 surge early in the second half but Saint Joseph’s still led 44-34 and the Hawks held a double-digit advantage the rest of the way.