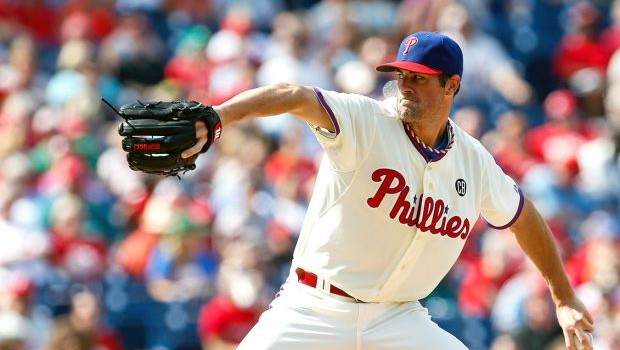 The Phillies open a weekend series tonight against the Colorado Rockies at Citizens Bank Park, and they feel good about it even though they are 10 games behind the NL East-leading Washington Nationals — and sinking.

The reason for their optimism:

Cole Hamels will be on the mound.

Hamels will try to snap the Phils’ four-game losing streak and win a fifth straight start for the third time in his career against the Rockies.

Hamels (5-3, 2.98 ERA) has posted a 1.53 ERA over his last four starts while striking out 29 in 29 1-3 innings. The left-hander struggled with walks earlier this season, issuing 19 in his first six starts, but has five bases on balls over his last four outings. He’s also allowed one home run in his past seven games compared to seven in his first three.

He yielded one run and four hits over eight innings of an 8-1 victory at Washington last Saturday.

“Cole was in control,” manager Ryne Sandberg said. “He was good attacking the zone, good fastball, mixing his pitches well. He pitched backwards at times. He was outstanding.”

Hamels, who has surrendered one hit to left-handed batters during his winning streak, is aiming to win a fifth straight start for the first time since May 6-28, 2012. He also put together a five-start run in 2010.

He’s 4-2 with a 2.47 ERA in his last eight starts against Colorado – lasting at least seven innings in seven of them – after limiting the Rockies to one run over 7 1-3 innings of a 4-3 victory May 18, part of a four-game split.

The Phillies (19-30), losers of seven of eight, haven’t won since Hamels’ last outing with starters posting a 6.14 ERA.

The club hasn’t hit a home run in the past four games and its 26 on the season are the fewest in baseball. Philly was 0 for 6 with runners in scoring position in Wednesday’s 7-0 defeat to theNew York Mets.

Ryan Howard has gone 1 for 11 over his last three games with six strikeouts while Freddy Galvis is 5 for 31 in his past seven, dropping his average from .336 to .303.

The end of a grueling 10-game trip could be crucial for the Phillies, who have won their last five at Citizens Bank Park and are 12-10 at home compared to a major league-worst 7-20 on the road. Galvis is hitting an NL-leading .391 at home and .240 on the road.

“We have played good baseball at home,” Sandberg said. “We start it off with Hamels and (Saturday’s starter Aaron) Harang, hopefully we’ll get off to a good start.”