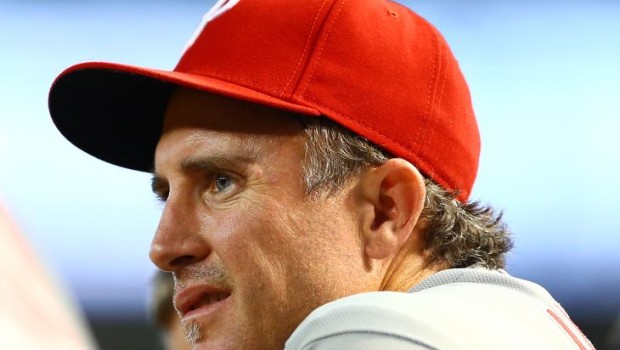 Almost on cue and with trade rumors swirling, Chase Utley is showing potential suitors he can contribute when healthy.

The veteran second baseman homered in the third inning and led off the fifth inning with a double down the right-field line in last night’s 4-2 Milwaukee Brewers win.

Utley went 2-for-4 with a walk on Saturday and is hitting .500 (13-for-26) with six extra-base hits and five RBIs since being activated from the disabled list on Aug. 7.

“He’s swinging the bat as well as I’ve seen him,” Phillies interim manager Pete Mackanin said. “He’s playing like he’s rejuvenated. It is nice to see.”

The Phillies had two runners on with one out against Brewers right-hander Jeremy Jeffress in a 3-2 game in the eighth inning but couldn’t score.

Ryan Howard led off the inning with a single and moved to second on a groundout. Asche reached on a one-out infield single, but Jeffress recovered to strike outFreddy Galvis and Carlos Ruiz to escape the jam.