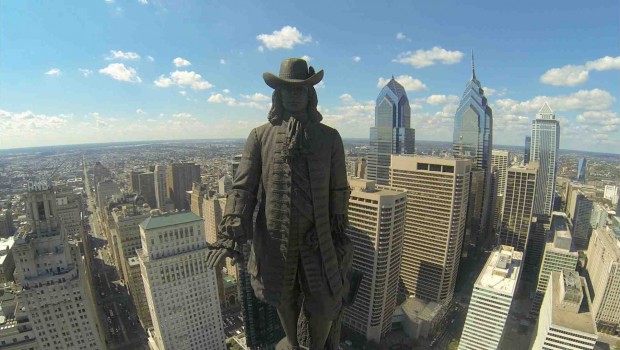 The New York Times has rated the most cursed sports cities in America, and Philly came in at No. 7.

There are some in this wonderful town who believe there is a Curse of Billy Penn, but the truth is Philly teams and fans have been much more affected by terrible management!

If making a sport’s final four were all that mattered, Philadelphia would be a beacon of success. Its teams have reached that stage in an impressive 22 percent of their seasons over the last half-century, a better rate than Pittsburgh, Baltimore, Los Angeles, New York, Chicago and every other city with at least two teams other than Boston.

But Philadelphia’s teams almost always come up just short. Since 1984, only the 2008 Phillies have won a title. A remarkable 19 percent of the city’s seasons since 1965 have ended with what we’re calling a close call — a final-four appearance without a championship.

Making matters worse, the immediate future doesn’t look bright for three of the teams. In fact, Philadelphia has a claim on being the city with the four worst combined teams today. The Eagles (a bright spot with a 10-6 season) and the Flyers both missed the playoffs in their most recent seasons. The 76ers won just 22 percent of their games last year and have become notorious for trying to create bad teams in order to stockpile top draft picks. The Phillies are hovering near last place in their division, with few promising young players.

Does all that make the notorious grumpiness of Philadelphia fans — known as boo birds — a little more understandable?