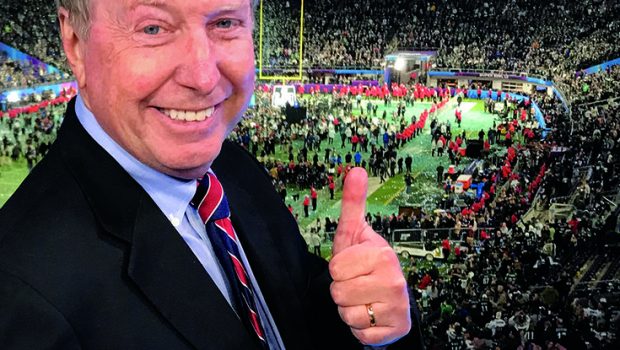 RAY DIDINGER RETURNS TO SAVE ‘EAGLES POSTGAME LIVE’ FROM ITSELF!

As good as the Eagles have been this season, that’s how bad “Eagles Postgame Live” has been.

They all fell away, for whatever reason.

That left us trying to watch and listen to:

Michael Barkann, who must be paid by the decibel.

Barrett Brooks, who must be paid by the cliche — “dot the I’s and cross the T’s”!

Reuben Frank, who must be paid by the decimal point, no matter how meaningless the stat may be.

The exception is Ron Jaworski, the former Eagles Super Bowl QB and MNF analyst who isn’t afraid to criticize the Midnight Green.

Trouble is, you have to pay attention when he gets to speak, which means unmuting your clicker.

Well, now Didinger is riding to the rescue.

His 53 years of peerless observation about all things Eagles started at the Bulletin in 1970.

And he’s returning this weekend to “Eagles Postgame Live.”

OFFICIAL: The great Ray Didinger will be joining @SportsRadioWIP @WIPMorningShow when the new morning show starts! Ray will contribute as needs arise…breaking news, all things Eagles, etc! It’ll be great to hear him throughout the year 🦅⭐️ pic.twitter.com/AnaRLFvWKi

The 🐐 Ray Didinger is making a triumphant return to Eagles Postgame Live for the Birds' incoming postseason run!

He enjoyed his time off… but it's almost go time, and the man is back 😤 pic.twitter.com/c0xlchkSIk