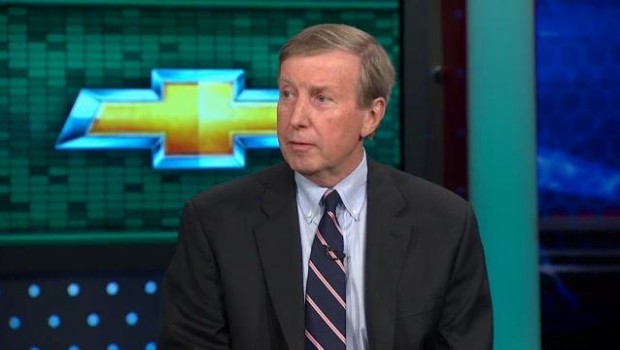 RAY DIDINGER IS ONE OF THE BEST RADIO TALKERS IN TOWN

Everybody has an opinion, and here are our annual winners for sports talk excellence

One of the biggest reasons Mike Missanelli is on top of this list is that he gets the Philadelphia sports fan. Why? He was one of us growing up — a fan of the teams he talks about on the Fanatic five days a week from 2-7 p.m. Also, he is not politically correct as most are in fear of losing their jobs with an honest assessment or two.

In 2012, when Andy Reid was driving the Eagles into the ground — the effects of which we saw in 2013 with a horsemeat secondary that was downright embarrassing — Missanelli stood up to the NFL Networks’ talking heads Steve Mariucci and Brian Billick (Reid’s friends) for questioning Eagles fans’ disdain for Reid. Both of them suggested the Birds wouldn’t find a coach as good or better than Reid, even though he was 1-5 in the biggest games of his career, and outright choked in crunch time with time-outs and clock management. But somehow the Eagles couldn’t do any better than that! Until they fired Reid and hired Chip Kelly.

Back in the day when Missanelli was making the transition from Inquirer writer to talk radio, he was schooled by one of the best ever, Steve Fredericks, a West Philly guy who knew Philly sports inside and out. Missanelli wisely chose to use Frederick’s cool style, and that has served him well for many years.

Missanelli does a great job on the dial every day, and I missed him when he was suspended for a week for some offensive emails uncovered by Deadspin.

Anthony Gargano, or the Cuz as he is better known, is a natural. South Philly-born and bred, Gargano has the advantage of being born in Philadelphia, which is a prerequisite for being a successful and genuine Philly talk show host.

I just feel when someone from upstate Pennsylvania, Boston, Buffalo, Providence or Central New Jersey has never walked in my shoes and can’t know what the Philly fan knows and thinks. But Gargano does. He’s also an accomplished writer who’s worked in other cities and knows first hand the Philly sports fan are the best and gives them the respect they deserve five days a week on WIP from 1-to-6 p.m. And now that he is working with Rob Ellis, who is also very good, Cuz can spread his wings and let fly with what he really thinks.

Ray Didinger is considered the preeminent authority on the Eagles and all things NFL, and for good reason. Ray came up as a sports writer starting at the Evening Bulletin back in the late ‘60s when it was the best sports section in town. He was 23 when he was handed the Birds beat by the great sports editor Jack Wilson and he later became a columnist before switching to the Daily News. He was a producer at NFL films and authored the “Eagles Encyclopedia,” which is as close to the bible for Eagle fans, and he is now a commentator on Comcast SportsNet. As a talk show host on Saturday mornings at 10 a.m. on WIP, Didinger has the unique ability to break down coaches’ tape and analyze the previous game in a way that makes it very simple for callers to understand, and he is on the money almost all the time. Some years back, Didinger took up the cause to get Eagles great Tommy McDonald into the Pro Football Hall of Fame, and with that assist from Ray D., McDonald was voted in with the class of 1998, giving a unforgettable and energetic induction speech.

Even though I consider Ray one of the best NFL analysts in the city, I must point out his somewhat off the wall views on Chip Kelly’s inaugural season in the NFL. He actually suggested when the Eagles dropped to 3-5 that the USC job might still be open at season’s end, not even giving the Eagles new coach a full season before declaring him a failure.

Then, Didinger proudly declared he voted for Ron Rivera for coach of the year, when nearly everyone believed that Kelly did a miraculous job breathing life into a 4-12 team, then winning the NFC East at 10-6. In my view it was just not possible to do a better job than Chip Kelly did in his first NFL season, but somehow his accomplishments were not up to Ray’s standard. It does seem that he has something against Kelly that colors his views, which is a rarity in this normally down-the-middle analyst.

Sal Paolantonio hosts the Sal Pal football show on the Fanatic in the fall Thursday nights from 6-to-7, and he is as plugged in as any reporter covering the NFL, giving a clear, unvarnished opinion the Philly sports fan is looking for. Sal has been doing the job for many seasons and truly appears as though he enjoys NFL analysis as well as his back and forth with callers. As a full-time reporter for ESPN, Sal has the exposure to all 32 NFL teams, and that gives him interaction with coaches, players and front office personnel. And that is a quality no one else on local radio has, with the possible exception of Brian Baldinger. And he gives callers that expertise and insider info. A few days before the epic Chiefs-Eagles clash at the Linc last September, with Andy Reid coming back to Philly plus Donovan McNabb getting his number retired at halftime, Sal suggested the game had “Shakespearean ” overtones with all the drama coming together on the football field. Only Sal would come up with something that deep describing an NFL game.

Sonny Hill, acknowledged as “Mayor of Philadelphia basketball,” is a 1955 Northeast High Viking grad, and he has a background in Philly hoops that no one can match. Hill grew up playing playground ball with Wilt Chamberlain, Guy Rodgers and John Chaney, just to name a few. Although Sonny does only a few hours on WIP Sunday mornings, his callers give him the respect he deserves, and in turn Sonny enjoys reaching back into whatever decade and recalls very specifically games, players, and outcomes of events. Although Sonny is getting up in years, his enthusiasm for basketball in general, the NBA and the 76ers specifically, is hard to find anywhere else on the local sports radio scene.