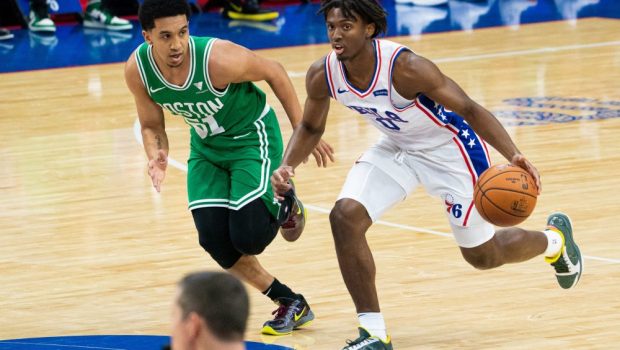 RAVES FOR SIXERS ROOK TYRESE MAXEY: THIS PLAY IS THE REASON!

In 12 minutes the other night against the Celtics, Tyrese Maxey scored eight points, three assists and one rebound.

Perhaps most impressive, Maxey brought out a lethal floater that proved to be highly effective in the paint.

“He’s good. He’s a good player,” Sixers head coach Doc Rivers said after the game. “He’s gotta push for minutes because he is a good basketball player. He knows how to play. You can’t speed him up. He’s got a plethora of shots. He makes simple plays. I’m throwing this out to [Kentucky head coach John Calipari], I’ve said this before, Kentucky guys come into the NBA prepared. This kid knows how to defend, he talks on defense.”

Tyrese Maxey is balling out in the 4th