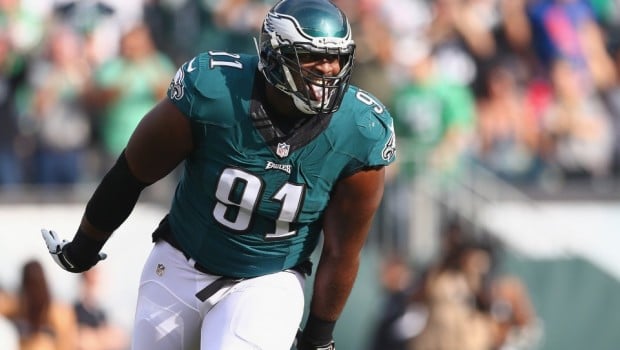 RATING THE EAGLES’ TOP DRAFT PICKS GOING BACK TO ’07!

Here’s our rating of the Birds’ top picks in the last 10 years:

2. LeSean McCoy, RB (2nd round, 2009): Before being unceremoniously shipped off in 2015 to the Buffalo Bills in one of the most lopsided trades in team history, McCoy set the franchise mark for career rushing yards (6,792).

3. DeSean Jackson, WR (2nd round, 2008): Jackson was dynamic with the ball in his hands, and became a home-run threat both catching the ball (career 17.7 yards per reception) and returning punts. Tallied three 1,000-yard and Pro Bowl seasons while in Philadelphia.

5. Lane Johnson, OT (1st round, 2013): His career has been marred by two performance-enhancing drug suspensions. But when left-tackle-of-the-future Johnson has started at right tackle he has been dominating, especially against the run game.

6. Jordan Hicks, LB (3rd round, 2015): Has a penchant for saving his best performances when playing the Dallas Cowboys, with four of his seven career interceptions and his lone pick-six against Dallas. Had five interceptions in 2016.

8. Brandon Graham, DE/LB (1st round, 2010): Although he never will shed his “I’m not Earl Thomas” status, Graham earned a second contract by overcoming an injury to become a solid defensive end. Has 17.5 sacks over the last three years.

9. Jason Kelce, C (6th round, 2011): His play has declined in the last two seasons, but Kelce at times has been a solid starting center with two Pro Bowl nods on his resume.

14. Beau Allen, DT (7th round, 2014): A super sub at defensive tackle, Allen is one of the franchise’s best-ever seventh-round picks. Has played in all 48 regular season games since being chosen, with one sack and 40 tackles to his name.

15. Nick Foles, QB (3rd round, 2012): Had a storybook 2013 season in Chip Kelly’s offense, tossing 27 touchdowns with only two interceptions for 2,891 yards while leading the Eagles to the playoffs and winning Pro Bowl MVP honors.