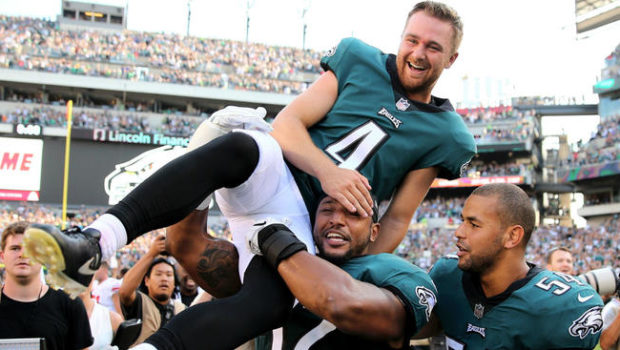 HOW RARE WAS EAGLE JAKE ELLIOTT’S 61-YD. FG? CHECK THIS OUT!

Since 1994, NFL kickers have gone 15-for-71 on attempts between 60 and 65 yards. With the Eagles-Giants game on the line in the fourth quarter and overtime, those same kickers were 4-of-21 before injury fill-in Jake Elliott atoned for an earlier miss from 52 by hitting a 61-yarder to beat the division rival Giants and cap a thrilling second half.