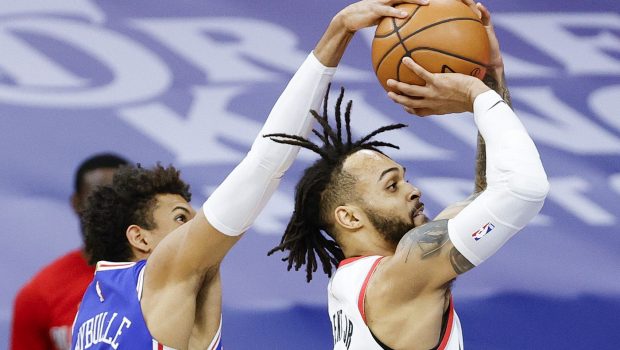 RAPS A SIXERS MATCH-UP NIGHTMARE: TORONTO IN 6, THIS GUY SAYS!

The Sixers are the faves in their first-round series with the Raptors that starts Saturday night in Philly.

Philly is already 1-3 against Toronto this year.

Toronto is a transition team. They like to get up down the floor and they’re super athletic. It’s going to be a problem for Philadelphia.

Matisse Thybulle (above) also can’t play in road games in Toronto and he’s one of their best perimeter defenders. Defense has been an issue for them in the past, especially when Joel Embiid’s off the floor.

They’re really bad defensively without Thybulle out there.

When they get to Toronto and Embiid hits the bench — unless he’s playing 45 minutes a game — those minutes are going to be really impactful and they’re going to be pretty bad for Philly.

This has first-round upset written all over it because Toronto is just a matchup nightmare for the 76ers.