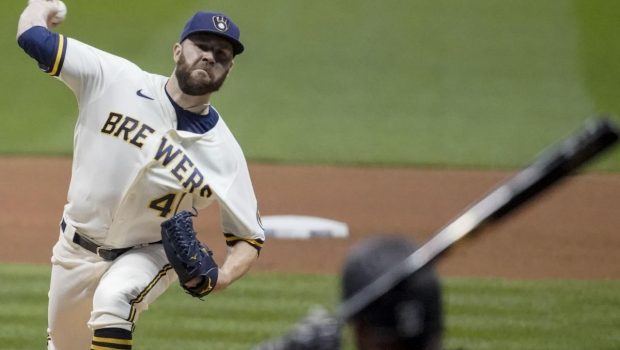 Phelps, 33, is 2-3 with a 2.77 ERA in 12 appearances this season for Milwaukee. Because the three prospects are not in the 60-man player pool, they will be announced as players to be named.

Phelps signed a one-year, $4.5 million contract with the Brewers last winter, which included a 2021 club option. He has struck out 20 and walked just two in 13 innings. Phelps has allowed seven hits for a 0.69 WHIP, and he ranks in the 95th percentile or better in baseball in hard-hit rate, strikeout rate and exit velocity allowed, according to Statcast.

Phelps pitched for Phillies manager Joe Girardi from 2012-14, when they were with the Yankees, so there is familiarity between pitcher and manager.

Phelps is the fourth reliever the Phils has added to its bullpen in the last 10 days. The club acquired right-handers Brandon Workman and Heath Hembree from the Red Sox and right-hander David Hale from the Yankees on Aug. 21.

The Phillies could get another boost soon, with the potential activation of left-hander Ranger Suárez from the injured list this week. He has been recovering from COVID-19.