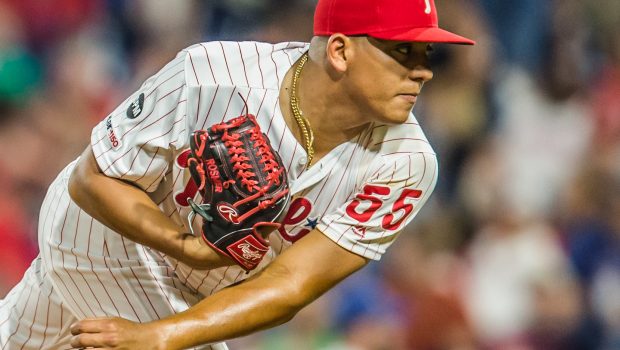 RANGER SUAREZ HAS THE GOLDEN KEY IF PHILS-CARDS NEED A GAME 3!

Aaron Nola and Zack Wheeler get the lion’s share of attention when it comes to the Phils chances against the Cards in this weekend’s wild card best-of-3 series.

And that’s as it should be.

Nola and Wheeler are legitimate No. 1’s.

But who comes after them today and tomorrow, and if a game 3 is necessary on Sunday?

Ranger Suárez will get the ball.

(Those numbers include Tuesday’s start against Houston in which Suárez allowed six runs in three innings a day after Philadelphia punched its ticket to the playoffs.)

Opposing batters are hitting just .219 against his sinker and .240 against his changeup. Suárez logged a 1.36 ERA in 106 innings last season and is capable of shutting down a lineup. I can’t see the Phillies advancing in any round unless Wheeler, Nola and/or Suárez pitch at their best.