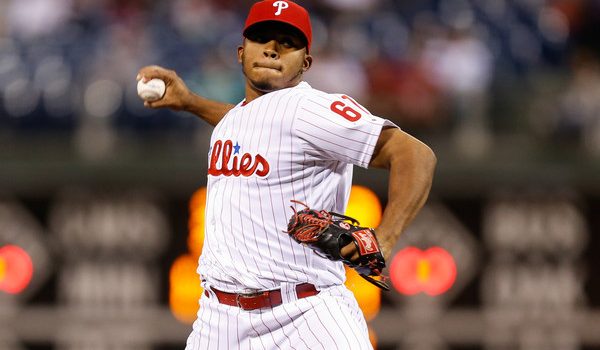 You’d be excused if you needed a scorecard to track who’s playing for the Phillies these days.

Davis threw 43 pitches in Sunday’s loss to the Rockies, so the Phillies needed a fresh arm in the bullpen. Ramos opened the season with the Phillies, but he got optioned April 11 to make room for Arano.

Segura, Kingery and Arano joined Odubel Herrera (strained right hamstring) and right-hander David Robertson (right elbow soreness) as Phillies who have been placed on the IL in the past eight days. Right-hander Tommy Hunter (strained right forearm) opened the season on the IL. He has since been moved to the 60-day IL, although not because he suffered a setback. The team needed to clear a spot on the 40-man roster for Phil Gosselin, who is the team’s shortstop until Segura returns.