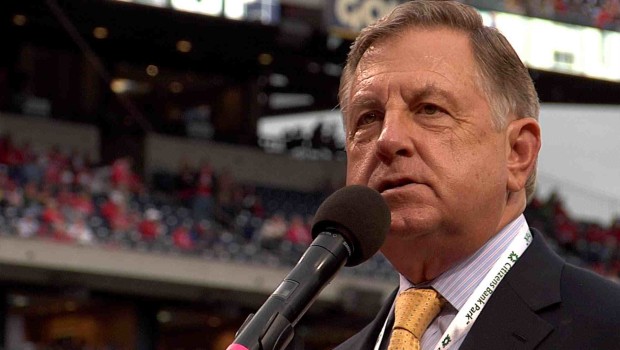 Long-time Phillies and Eagles PA announcer is raising the bar!

Baker will be the in-house game-day host during Eagles games at Xfinity Live!, the restaurant and entertainment complex in the South Philly sports village.

Beginning this Sunday for the Eagles-Cowboys game Baker will be on-hand doing a job similar to what he did for the team for 29 years.

“We’ll be recreating that wonderful in-stadium atmosphere at Xfinity Live,” Baker said. “I’ll be making some of the same announcements that I used to make at Veteran’s Stadium and then Lincoln Financial Field.”

Baker did a test run at Xfinity during the Eagles vs. Colts preseason game, and will be on the mic for 12 games this season.