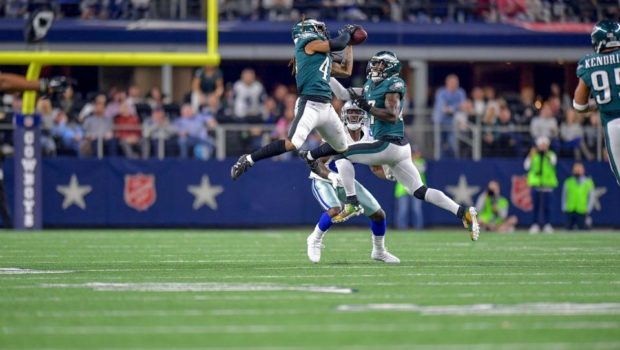 RAIDERS AND THE LOST ART! EAGLE RONALD DARBY BETTER STEP IT UP!

Michael Crabtree leads the Raiders with 95 targets this season, including a whopping 16 last week. He ranks 33rd among wide receivers with 1.71 yards per route run, and is fifth with eight touchdowns. Crabtree’s six dropped passes are ninth-most at receiver this year after leading the NFL with 13 drops in 2016. Darby is the 41st-ranked cornerback with an 80.3 overall grade. In coverage, he’s allowed 1.59 yards per route run, which ranks 111th of 120 qualifying cornerbacks. Darby has given up a few big plays on slant routes, allowing five catches for 103 yards and one touchdown, and a passer rating of 153.3: