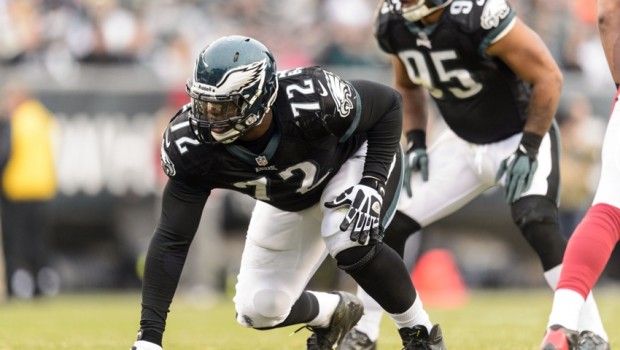 UNDER THE RADAR, EAGLES ARE WRAPPING UP DE CEDRIC THORNTON

All of the attention is on the Eagles’ possible pursuit of Oregon QB Marcus Mariota and their $50 available cap space to attract free agents when that auction officially opens on Tuesday, March 10.

According to Field Yates of ESPN, Thornton received a second round restricted free agent tender from the Eagles.

Thornton is a terrific run stuffer, and his one-year deal is worth $2.356 million. He’ll be an unrestricted free agent at the end of the 2015 season. If another team were to sign Thornton to a contract, they would have to forfeit their second round draft pick to the Eagles, which all but guarantees that Thornton will remain with the Eagles through 2015.