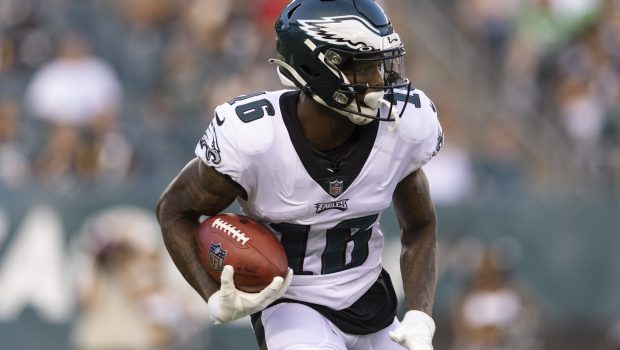 “I think that we have a very talented, young wide receiver corps that that will play itself out. This is just the way this business goes, right? You make plays, we’re going to find ways to get you more plays. You don’t make plays, you’re going to get weeded out of the equation.

Watkins had 38 snaps on Monday night, third most at the position and more than both Zach Ertz and Dallas Goedert.

.@Eagles @Mronesx_ looks like he is the best of the young wide receivers after 3 games. He looks to be more than straight line speed. I would be drawing up plays for #16 on the back of pizza boxes at 3am for this WR if I were the #birds coaches. #BaldysBreakdowns pic.twitter.com/9c8Ru0PxYg