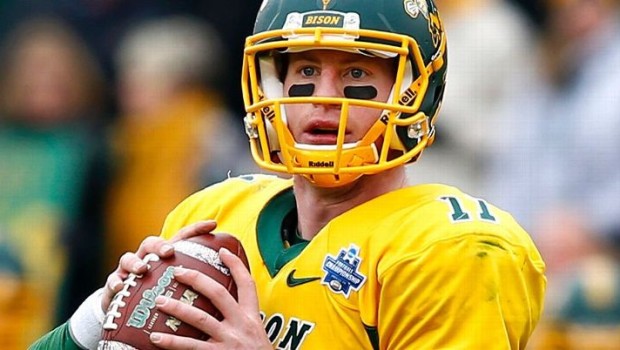 QB-HUNGRY EAGLES TO MEET AND WORK OUT CARSON WENTZ TODAY!

So, the Eagles have tied up gobs of bucks in quarterback Sam Bradford and Chase Daniel.

But today they are meeting with a bright and shiny object in next month’s draft.

Who happens to be a quarterback!

Today the Eagles will work out North Dakota State quarterback Carson Wentz, according to Adam Caplan of ESPN.

Wentz, 6-foot-5, 237 pounds, could very well be the first quarterback taken, meaning if the Eagles are serious about taking him, they might have to trade up to do so.