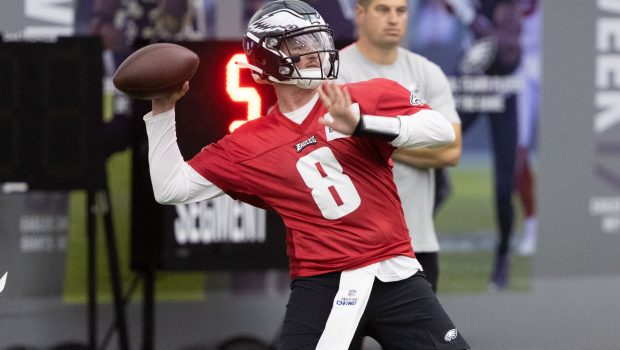 There is unanimous agreement across the national media that the Eagles had a great draft.

THE EAGLES WON THE WEEKEND BY SECRETARIAT LENGTHS!

And now they are getting props for the post-draft signings.

PFF recently ranked the 100 best available prospects after the conclusion of the draft and the Eagles landed 3 of the top-20 players, led by former Nevada quarterback Carson Strong.

No quarterback in this top 100 shouldered a bigger load as a passer.

Strong had a six-game stretch toward the end of the 2021 season where he dropped back to pass over 50 times in every game.

Still, he finished with a career-high 89.9 passing grade this past season.