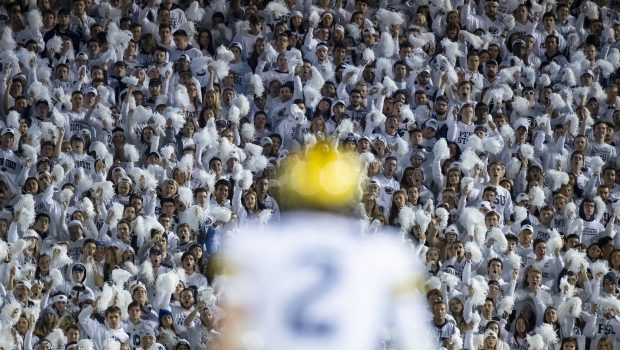 Penn State has reported its largest COVID-19 spike and has halted some athletics programs.

University officials announced that 48 student-athletes had tested positive for the coronavirus from Aug. 31 to Sept. 4. There were 920 total tests taken during that time.

Previously, university athletics had not reported more than eight positive cases during any weekly testing period of the pandemic.

These results coincide with a virus spike among Penn State’s general main campus population and the Centre County region.

“Based on these results, and out of an abundance of caution, Penn State Athletics has paused team activities for several programs and initiated standard isolation and precautionary quarantine,” according to a university press release. “Contact tracing is being performed and there is no evidence to suggest COVID-19 was transmitted during practice or training activities.”

University officials would not name which programs were being paused.

However, 247 Sports reported that James Franklin’s football program was continuing to practice.

Meanwhile, pressure mounts for the Big Ten to clarify its positioning on the return of fall sports, particularly football. Nebraska president Ted Carter said league presidents and chancellors should vote “very soon” in regards to when and how football will return on the playing field, with predicted times ranging from mid-October through January.

Though the Big Ten canceled fall sports competition on Aug. 11, programs have been able to continue limited, on-campus workouts since.

From June 8 through Aug. 21 — when the majority of Penn State students were not back on campus — the university conducted 1,051 COVID-19 tests on student-athletes with only 10 positive results.