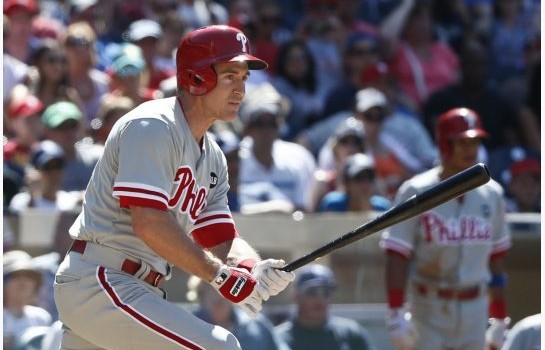 Owners of baseball’s worst record, the last-place Phillies are struggling through another disappointing season. They finally traded ace Cole Hamels at the deadline and, with Chase Utley (above) next to go, the Phillies are set to begin what could be a painful rebuild. They have also lost three straight games and five of their last six.

The Phillies have the third-fewest home runs in the majors this year, with 85. The top four home-run hitters in the Blue Jays’ lineup — Josh Donaldson, Jose Bautista, Edwin Encarnacion and Russell Martin — have combined to hit 95 homers this season.

The Phillies’ bigger problem may be on the other side of the ball. According to advanced fielding metrics they are the worst defensive team in the majors. They have the league’s fewest defensive runs saved at minus-83. That’s 37 runs worse than the second-worst team. The biggest culprit is third baseman Maikel Franco, who has minus-10 defensive runs saved, worst at his position in the National League.