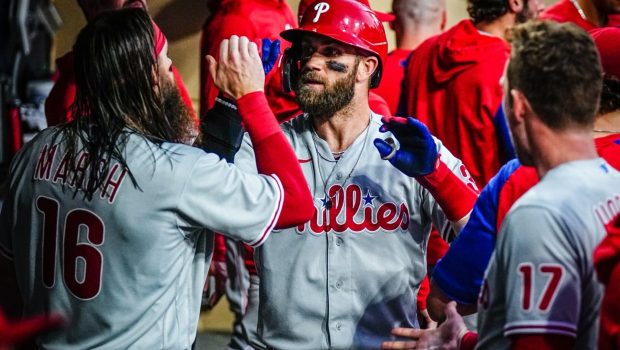 Bryce Harper clubbed a go-ahead solo homer off of Yu Darvish, propelling the Phillies to a 2-0 victory over the Padres in Game 1 of the NLCS.

Harper continued his torrid postseason by crushing a 93 mph fastball from Darvish for a 368-foot solo shot to open the scoring in the fourth inning.

It would be his only hit in four at-bats on the night, but played a pivotal role in the victory.