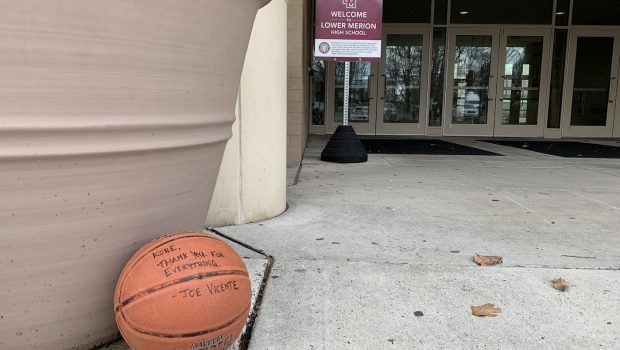 POOR VISIBILITY MAY BE FACTOR IN KOBE BRYANT CHOPPER CRASH

Kobe Bryant died in a helicopter crash yesterday in Calabasas, northwest of Los Angeles, and the world is mourning, including his alma mater, Lower Merion High School (above).

The chopper went down in Calabasas, about 30 miles northwest of downtown Los Angeles, after departing John Wayne Airport in Orange County at 9:06 a.m. PT. The first 911 call reporting the crash was received at 9:47 a.m.

Audio reviewed by ESPN indicates that a few minutes prior to the crash, an air traffic controller told the pilot that he was “still too low level for flight following,” meaning the aircraft was below the level at which it could be picked up by radar due to the area’s hilly terrain. That audio came from recordings posted on LiveATC.net, which has partial audio of the communication between the pilot and air traffic controllers.

Additional recordings between the pilot and air traffic controllers posted on the site indicate that the pilot was getting guidance from controllers as he navigated what was reported to be dense morning fog.

Air traffic controllers noted poor visibility around Burbank, just to the north, and Van Nuys, to the northwest. After holding up the helicopter for other aircraft, the controllers cleared the Sikorsky S-76 to proceed north along Interstate 5 through Burbank before turning west to follow U.S. Route 101, the Ventura Highway.

Shortly after 9:40 a.m., the helicopter turned again, toward the southeast, and climbed to more than 2,000 feet above sea level. It then descended and crashed into a hillside at about 1,400 feet, according to data from Flightradar24.