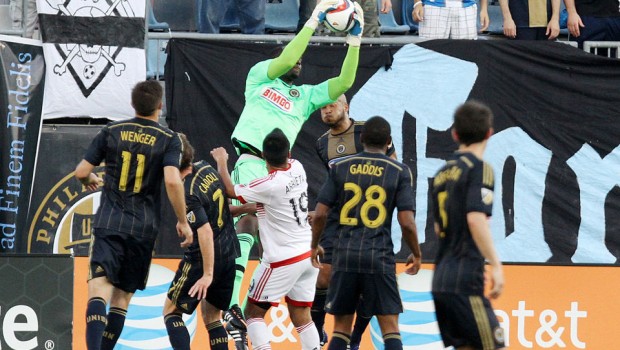 POOR D. C. UNITED: CHALK UP LOSS TO UNION TO THE SCHEDULE!

A third match in nine days had taken a toll, and with 10 men standing after another injury to Luis Silva and no substitutes left for United, referee Alan Kelly’s final whistle could not come soon enough. MLS’s Eastern Conference leaders had lived dangerously all night against a desperate foe but, in their estimation, had done enough to salvage a point.

In those final moments, however, United cracked under the weight of a long week, conceding Zach Pfeffer’s goal and falling to the victory-starved Union, 1-0, before 16,853.