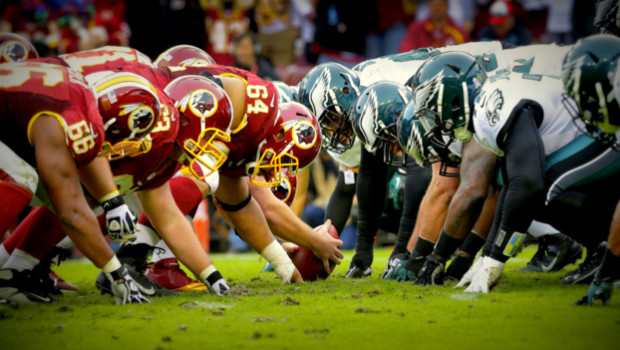 Political correctness has found its way in the NovaCare complex.

For the first time in memory, an NFL team apparently has limited its use of the name Redskins in its official releases.

The Eagles, who travel to FedEx Field on Sunday, have referred to the Week Four opponent only as “Washington,” in various places. As noted by Matt Lombardo of 97.5 The Fanatic in Philly, the weekly media guide refers to the contest as “Philadelphia vs. Washington” when past weekly media guides this season have used team names.

Portions of the Eagles’ website make reference to the Washington name, including the NFL.com-generated season schedule and this week’s injury report. Still, only “Washington” appears elsewhere in the site, including in an item regarding film study of the team’s most recent game against the Giants.

The Eagles have not yet responded to an email sent by PFT several hours ago requesting comment. If/when a response comes, we’ll share it.

If the Eagles have made a conscious decision to refrain from using the name of the Washington team, that’s a pretty big deal. If the name is as honorable and non-offensive as the franchise and the league insist it is, why would any of the other NFL franchises not use it proudly and consistently?

At some point, the name will change. If NFL teams stop using the name, the change will come a lot faster than anyone had envisioned.