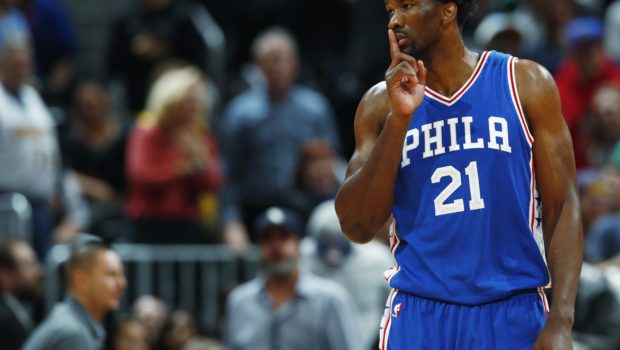 PLAYOFFS PUSH: ‘I THINK WE HAVE A CHANCE,’ SIXER EMBIID SAYS!

The Sixers won their 10th game yesterday and ran their record to 10-25, matching their win total from all of last year with 47 games to play.

So their young and talented rookie center made a comment afterwards that was not a joke:

Embiid sees that the 76ers are eight games back of eighth place in the Eastern Conference, and believes that should be a goal.