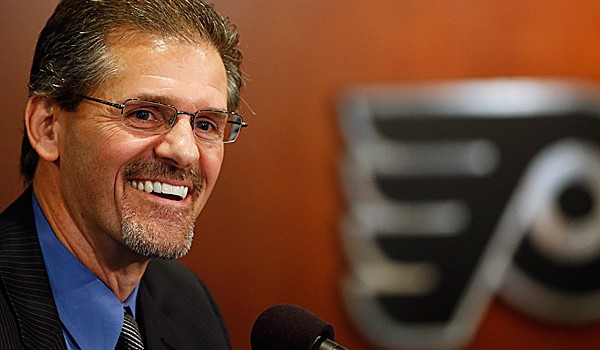 “I still believe we’re a playoff team, yes,” Flyers GM Ron Hextall said after a players-only meeting followed their 9th straight defeat. “We need to be better at some critical moments, but some of it we have to keep doing what we’re doing because we’re doing a lot of good things. (Tuesday) I don’t think was our best game, but we’re feeling some fatigue in the third period and probably a little bit of frustration.”

There were lots of empty seats on Tuesday night and boos emanating from the crowd that was there — chanting “Fire Hakstol,” referring to the coach

What makes the Flyers’ bosses believe this garbage?

“Because I’ve seen it,” Hakstol said. “I’ve seen it with the group of guys. I know the core leadership group and I disagree. I don’t think it is the same mistakes. I think a lot of different things that have gotten us. There’s things you just have to get over the hump on.