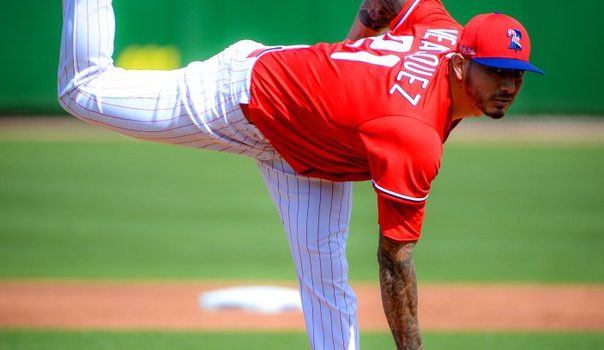 The clock is ticking on the start of the Major League Baseball season, and the players just wasted another day.

And in the process made it a little harder to see how the season can be saved.

MLB players will not take another pay cut and have “resoundingly rejected” the league’s plan to begin the season, according to a statement last night from union executive director Tony Clark.

The statement came after a two-hour conference call of the association’s executive board and several other Major League Baseball Players Association player leaders and one day after the league rejected a proposal from the players to play 114 games with full prorated salaries.

The league wants a drastically reduced schedule in order for owners to be able to pay players on a per-game basis.

“Earlier this week, Major League Baseball communicated its intention to schedule a dramatically shortened 2020 season unless players negotiate salary concessions,” Clark said. “The concessions being sought are in addition to billions in player salary reductions that have already been agreed upon.”

Players believe a late March agreement between the sides spelled out their pay for the season, on a prorated basis, but language in the deal also said the sides would discuss the “economic feasibility” of playing games without fans in the stands amid the coronavirus pandemic. The league’s first proposal since that agreement, calling for a sliding scale of further pay cuts under an 82-game season, was flatly rejected by the players. The talks are now at a standstill.

“Players proposed more games, two years of expanded playoffs, salary deferrals in the event of a 2020 playoff cancellation, and the exploration of additional jewel events and broadcast enhancements aimed at creatively bringing our players to the fans while simultaneously increasing the value of our product,” Clark’s statement read. “Rather than engage, the league replied it will shorten the season unless players agree to further salary reductions. …

“The overwhelming consensus of the board is that players are ready to report, ready to get back on the field, and they are willing to do so under unprecedented conditions that could affect the health and safety of not just themselves, but their families as well. The league’s demand for additional concessions was resoundingly rejected.”

The clock is ticking on a start to the season, as one official indicated pitchers would need up to four weeks to get ready. That timeline puts a hopeful July 4 start in jeopardy, unless a deal is struck soon.

“Since day one players have been committed to getting back on the field as soon as possible,” said St. Louis Cardinals reliever Andrew Miller, who’s on the executive board. “We have attempted to get games to our fans only to be rebuked by MLB. They will only play more games if we are willing to make concessions on salary against a prior agreement. We have a responsibility as a group to protect our players and future generations of players. We resoundingly rejected MLB’s attempt to divide the players.”

The league believes language in the March agreement might allow commissioner Rob Manfred to unilaterally decide how many games are played this year, though players have to sign off on an expanded postseason. An approximate 50-game season isn’t of interest to many players.

“Play about 25% of the season for 25% pay? That’s not worth the risk and I just don’t mean COVID-19,” one player said earlier this week. “One hamstring pull or any shoulder soreness and players will shut down.”

“The league itself does not make a lot of cash,” Cubs owner Tom Ricketts said Tuesday. “I think there is a perception that we hoard cash and we take money out and it’s all sitting in a pile we’ve collected over the years. Well, it isn’t. Because no one anticipated a pandemic.”

Players say they aren’t giving up hope for a season but they claim they need the league’s help to make that happen. The sides remain far apart.

“In this time of unprecedented suffering at home and abroad, players want nothing more than to get back to work and provide baseball fans with the game we all love,” Clark said. “But we cannot do this alone.”