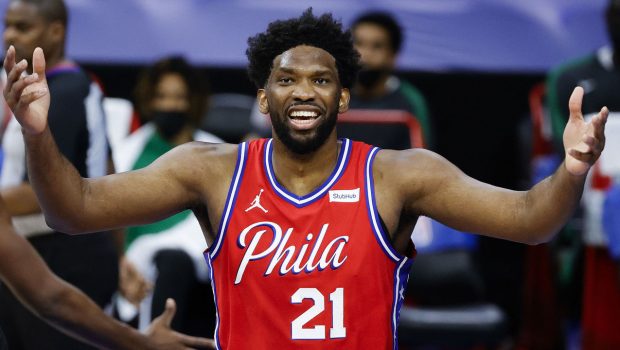 PLAYER OF THE MONTHS: SIXERS JOJO AN EAST BEAST IN DEC. AND JAN.!

The NBA just made official what anyone who has watched the Sixers Joel Embiid already knows:

He’s the Eastern Conference  Player of the Month  for games played in December and January.

He was one of three NBA players to average 25 points and 10 rebounds through the season’s first month-plus, joining Western Conference Player of the Month Nikola Jokić and Milwaukee’s Giannis Antetokounmpo. The 76ers were 14-2 in Embiid’s 16 games and are 15-6 overall on the season, leading the Eastern Conference.

Embiid scored in double figures in 13 of his 14 games, including two 40-plus point performances and a team-best 12 double-doubles. He’s the only player in the NBA with multiple 40-point, 10-rebound double-doubles. Embiid made 152 free throws during the season’s first month-plus, ranking second in the NBA, while leading the league in free throws made (9.5) and attempted per game (11.3). He was the only player in the league to make 16 free throws in multiple games. Iverson and Malone are the only 76ers ever to make at least nine free throws per game for an entire season.

Between Jan. 20-29, over a five-game span, Embiid averaged 35.6 points and 10.4 rebounds, while shooting .560 from the field and .429 from three-point range as the team went a perfect 5-0. He became just the third 76er ever to average 35 points and 10 rebounds over a five-game stretch, joining Hall of Famers Wilt Chamberlain and Barkley.

On Jan. 12 vs. Miami, Embiid tallied a season-high 45 points (16-23 FG, 13-13 FT), 16 rebounds, four assists and a career-high five steals in the team’s 137-134 overtime victory. It was his ninth career 40-point, 10-rebound game, adding his 10th such performance eight days later on Jan. 20 vs. Boston. In that game against the Celtics, Embiid had a game-high 42 points (12-19 FG, 17-21 FT) to go along with 10 rebounds, two assists and two steals in a 117-109 win. He committed just one turnover in the contest. Embiid scored 38 points on both Jan. 6 and Jan. 22 against Washington and Boston, respectively. In the Washington game, he added a game-high-tying eight rebounds, five assists, three steals and three blocks. 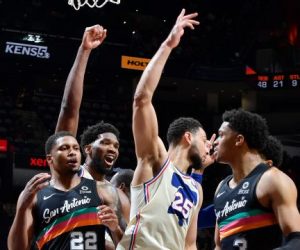