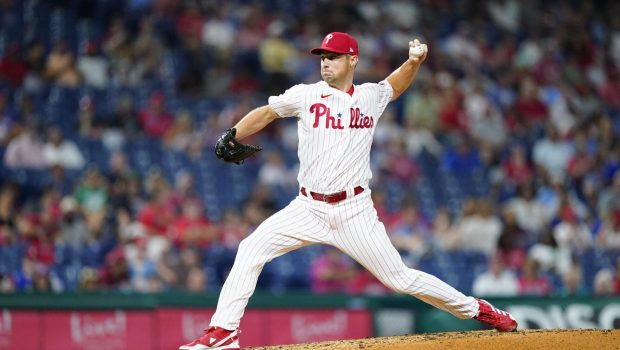 PLASSMEYER OUT OF THE PEN DOES THE JOB IN PHILS DEBUT!

Michael Plassmeyer pitched 1 ⅓ scoreless innings of relief in a crucial spot in his big league debut for the Phillies.

Plassmeyer, called up from Lehigh Valley prior to the game to help with the Phillies’ injury-depleted bullpen, relieved starter Ranger Suárez with the bases loaded and two outs in the sixth and fanned Austin Romine on three pitches. He needed just six pitches to send the Reds down 1-2-3 in the seventh, finishing with eight strikes on nine pitches.

The 25-year-old Plassmeyer was selected in the fourth round by the Seattle Mariners in 2018. The Phillies acquired him in June in a trade with the San Francisco Giants, and the lefty was 4-2 with a 2.83 in 11 games – all starts – at Triple-A.