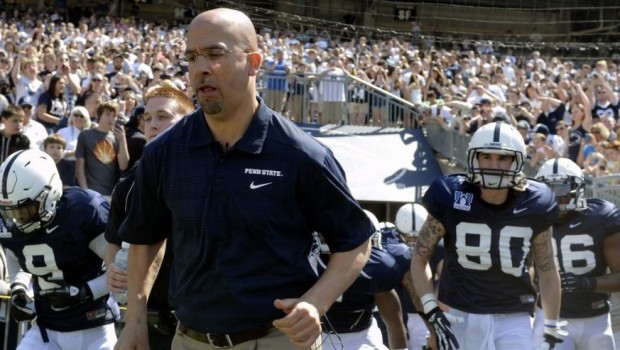 PITT AGAINST THE NITS — 'I'M IN FAVOR OF IT'

Since 1894 Penn State and Pitt have met 96 times on a football field, but none of those meetings have come since the 2000 season. A fact that’s rather unfortunate considering that the two schools are separated by only 136 miles of road. It’s a natural rivalry that I’d like to see rekindled, and I’m not the only one.

Plenty of fans of each school feel the same, as does the new coach at Penn State, James Franklin (photo above).

“It would be great for the state, great for college football,” said Franklin to ESPN’s Brett McMurphy when asked about playing an annual game against the Panthers. “I’m in favor of it”

Franklin is not the first coach to say such a thing, as Bill O’Brien felt the same when he first took the job over two year ago. The good news is that there’s a chance it could become more than words, as the two schools will play four games from 2016 to 2019, and that could serve as the impetus to continue scheduling the game.