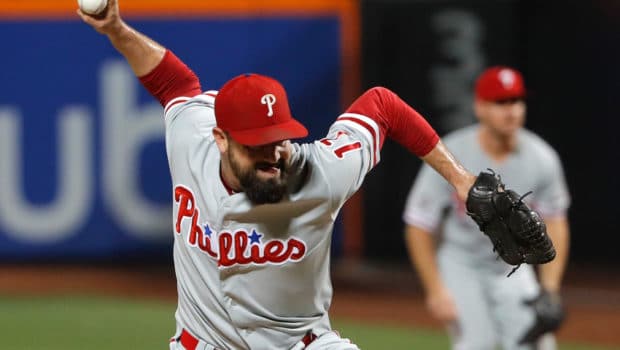 Reliever Pat Neshek left an appearance against the Washington Nationals with an apparent injury.

Neshek had a 2-0 count on Trea Turner in the eighth inning of the second game of a doubleheader last night. The submarine right-hander gave up a solo home run to Victor Robles and retired the other two hitters he faced. It was unclear what happened to Neshek, who was replaced by right-hander JD Hammer.

Neshek entered 0-1 with a 4.67 ERA in 19 games. He came off the injured list Sunday after missing more than three weeks with a shoulder strain.