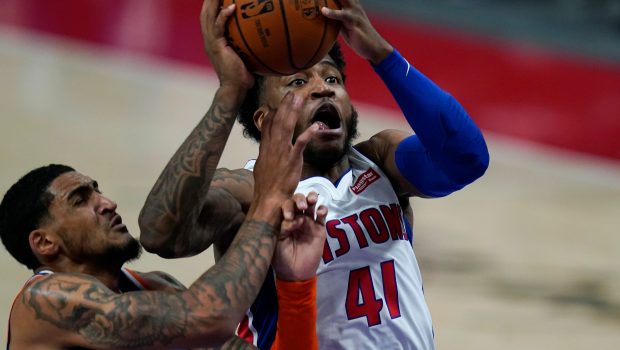 Don’t look now, but former Nova star Saddiq Bey is lighting it up in Detroit and is in the running for rookie of the year.

Bey set the record for most 3-pointers by a rookie in franchise history with 126 made threes, passing Brandon Knight, who made 106.

That is an impressive feat for any rookie, but what’s even more impressive is that there is still a month and a half left in the season for Bey to build on that number.

The coaching staff has given Bey the green light on offense with head coach Dwane Casey calling him “a coach’s dream.”

“The young man has made himself into one of the top 3-point shooters of the rookie class, defender, and he’s just scratching the surface,” Casey said Friday.

Bey isn’t a popular pick for Rookie of the Year, but he’s definitely deserving of consideration after the season he’s had so far.