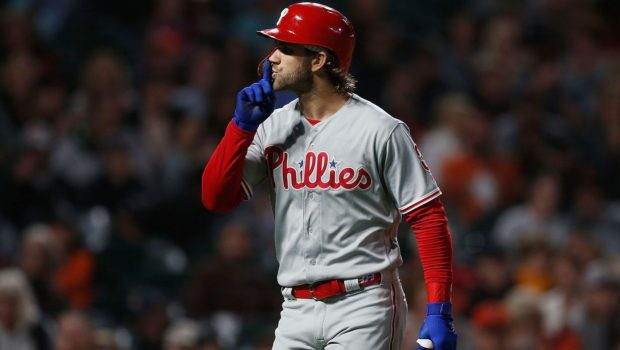 PISSED OFF AT PHILS BRYCE HARPER’S SALARY? GET OVER IT!

Harper, despite only playing in his 8th season in Major League Baseball, already has an estimated net worth of $70 million, according to Celebrity Net Worth.

Harper spent much of his tenure with the Nationals on his rookie contract. Now that he plans to settle into Philly over the next 13 years, Harper’s net worth should skyrocket.