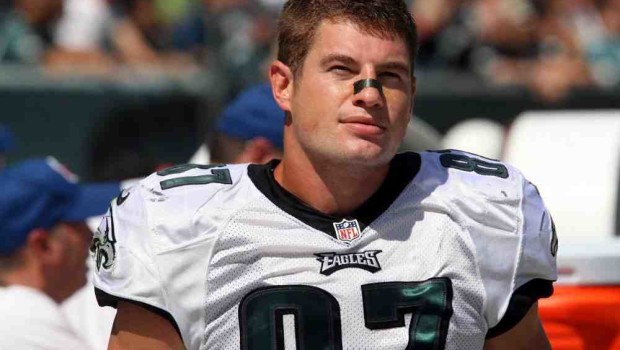 Keys to the game: The first order of business for the Colts is to improve their shoddy tackling from a season-opening loss to the Broncos and get off the field on third down. If not, the Eagles’ offense kicked it into gear in the second half last week and will race up and down the Lucas Oil Stadium turf. Eagles QB Nick Foles likes to look for TEs Zach Ertz and Brent Celek (photo above), while Indianapolis was torched for seven catches for 104 yards and three touchdowns by Broncos TE Julius Thomas.

The slow starts that plagued the Colts much of last season popped up again in the opener against the Broncos. QB Andrew Luck needs to move the chains more early on, and would receive a huge boost in that effort if Indianapolis can avoid a big early hole and tally more than 14 total carries between RBs Trent Richardson and Ahmad Bradshaw. The Eagles did suffer multiple breakdowns in coverage against the Jaguars’ young receiving corps, and will be vulnerable to the experience playmaking ability of Colts WRs Reggie Wayne and Hakeem Nicks working the intermediate and sidelines while T.Y. Hilton stretches the field.

Matchup to watch — Eagles RT Andrew Gardner vs. Colts OLB Bjoern Werner: Philly is down to its third option at right tackle with Lane Johnson suspended and backup Allen Barbre suffering a season-ending ankle injury. Gardner has been with six NFL teams, but did hold up well last week. Werner is the Colts’ RUSH linebacker and will move around — Gardner is a much more inviting matchup than LT Jason Peters.

Player spotlight — Eagles OL Dennis Kelly: A healthy inactive for the season opener, Kelly is expected to start on the left side in Week 2 with Evan Mathis out with a sprained knee. David Molk replaced Mathis last week, but is a true center, while Kelly started 10 games as a rookie two years ago and has been working as the backup left guard.

Fast facts: Six of the Jaguars’ 24 rushing attempts against the Eagles last week went for four yards or longer.

WHO WILL WIN AND WHY

Plenty to hang your hat on and plenty to be concerned about with both wannabe contenders. The Eagles’ offensive line injuries are a concern indoors on the road, but the Colts’ penchant for extremely slow starts once again proves the difference against a playoff-caliber opponent.