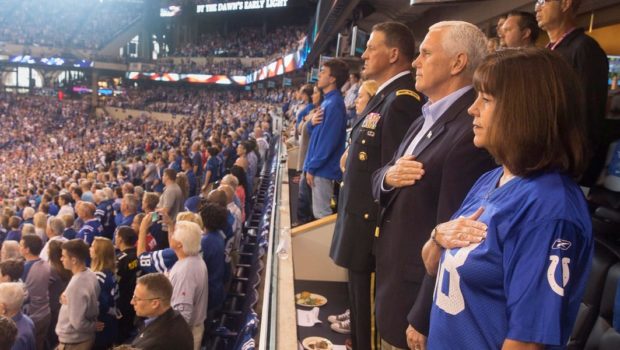 Vice President Mike Pence turned the anthem into a prop, co-opting it for a stunt that served no other purpose than to sow division, further enrage the administration’s conservative base and try to cow NFL owners. That it likely deflected attention from yet more neo-Nazi protests in Charlottesville was all the better.

Please, though, tell me again how it’s the players who are so disrespectful.

Pence was so incensed by the sight of several 49ers kneeling during the anthem at Lucas Oil Stadium that he left immediately afterward. Not so incensed that he wasn’t right there with a carefully crafted statement to let the world know of his outrage, however: