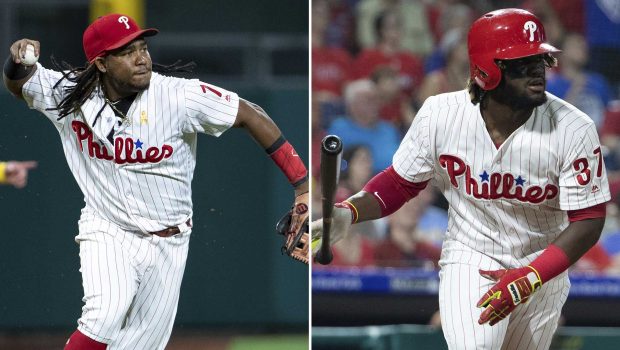 PHILS WOULD SHIP FRANCO, HERRERA IF THEY SIGN MACHADO, HARPER!

With all the talk about the Phillies signing Bryce Harper and Manny Machado out of free agency, the question arises:

What about Maikel Franco and Odubel Herrera?

If the Phillies sign Machado, they will try to trade Franco, because there simply would be nowhere for him to play.

Franco can play first base, but Rhys Hoskins will play there almost every day. Franco is not a shortstop, second baseman or outfielder. It just makes sense to move him.

If the Phils sign Harper, I think Nick Williams or Herrera could be traded. Williams might be the first choice because he is a corner outfielder, and in this scenario, Harper and Andrew McCutchen will have the majority of playing time at the corners.

Herrera provides depth in center field, so there are reasons to keep him. Plus, the Phillies seem to believe Herrera will bounce back after struggling much of last season.