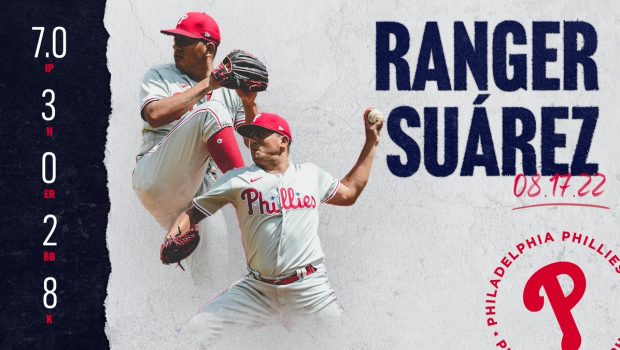 PHILS WASTE A RANGER SUAREZ GEM AND LOSE TO REDS 1-0!

The Phillies ended their road today by losing to the Reds 1-0.

A two-out RBI single by Jose Barrero off Seranthony Dominguez in the bottom of the ninth was the dagger.

Dominguez allowed a one-out walk and a two-out single before Barrero won it for the Reds.

The Phillies ended their six-game road trip at 3-3. They went 1-2 against the Mets in New York and took two of three in Cincinnati.