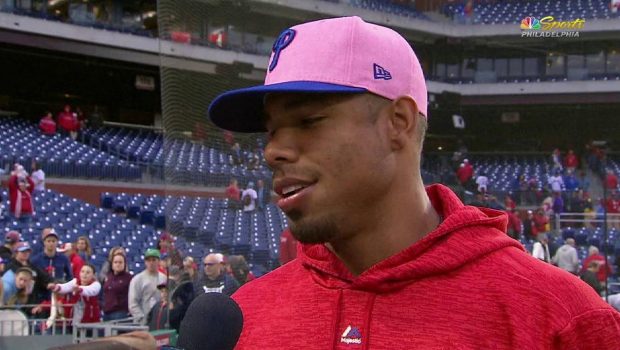 Nick Williams is no longer a Phillie.

The 26-year-old outfielder has been claimed on waivers by the Cincinnati Reds.

Williams was designated for assignment earlier in the week when the Phillies needed to clear room on their 40-man roster for relievers Blake Parker and Connor Brogdon.

At the time, manager Joe Girardi said he hoped the Phillies would be able to retain Williams in the organization, but the Reds decided to take a shot on the talented player who had desired a change of scenery.