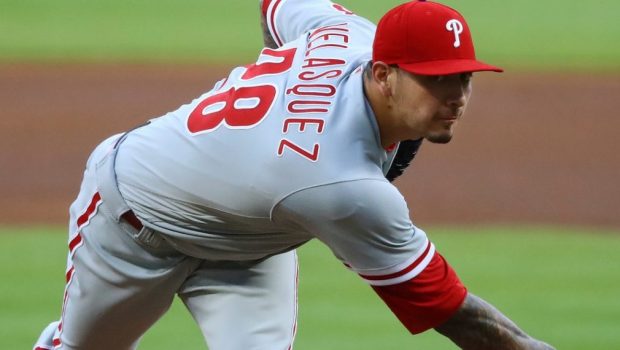 Could this be a sign that Phils hurler Vinny Velasquez is back to the form he flashed in 2016 when he turned heads with his heat and command on the way to an 8-6 record before injuries kicked in?

Velasquez allowed three runs in six innings last night, striking out seven and walking one in the Phils loss to Atlanta.

He also had the team’s first RBI, on a fifth-inning, line-drive single up the middle. However he gave up a three-run home run to Ryan Flaherty, who continues to torment the Phillies after they released him in spring training.

Velasquez’s recent performances are encouraging. He has pitched six or more innings in three consecutive starts for the first time since a five-start streak in July 2016.

His ability to pitch deep in games had been a big question entering the season.

“I think it’s just the mindset that you have to have,” Velasquez said. “I changed my approach and am just attacking hitters. That was one of the biggest things, going after guys and attacking the zone and utilizing all of my pitches. My secondary pitches were working pretty well and putting guys away with them. I got four punches with the slider and you don’t see that very often. It’s a different mindset, a different plan of attack.”