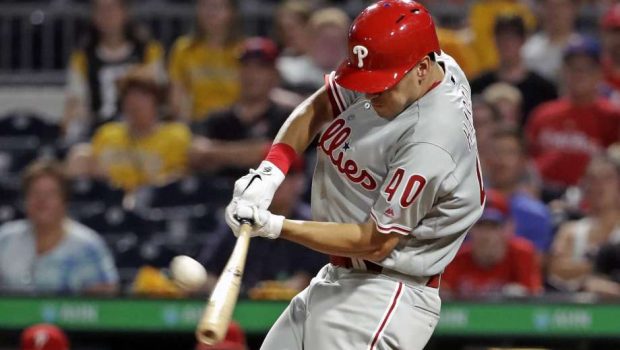 TV viewership of major league baseball has continued to drop.

Despite on-field success from the Yankees and Dodgers, MLB’s local viewership has dropped by 4% in the first half…largely thanks to viewership hits taken by some of the league’s larger market teams.

However, the Phils are an exception:

The Phillies are up 20% to a 4.19 on NBC Sports Philadelphia

The New York Yankees are averaging a 2.92 rating on YES, down 26% from last year. The New York Mets are sitting at a 2.14 rating on SNY, a 12% drop from 2018. In LA, the Dodgers are up 2% to a 1.71 on SportsNet LA (neverending carriage issues aside), while the Angels are down 18% to a 1.38 on Fox Sports West. Heading to Chicago, the Cubs are averaging a 3.91 on NBC Sports Chicago (their final year with the RSN before heading to their new RSN, the Sinclair-owned Marquee Sports Network), which is down 5%, while the White Sox are one of the league’s biggest ratings winner, up 41% to a 1.18 on NBC Sports Chicago. The Giants are down 31% to a 2.13 on NBC Sports Bay Area, while the A’s are even from last year with a league-worst 0.67 rating on NBC Sports California.