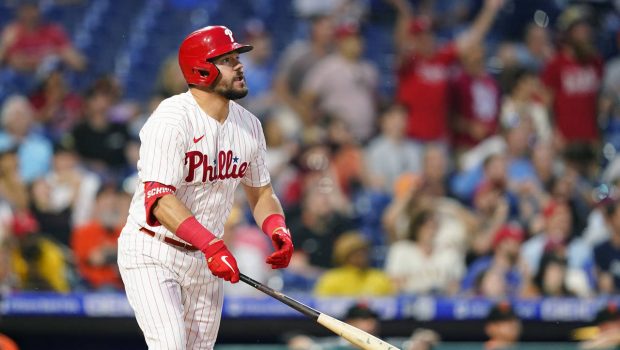 Kyle Schwarber went 2-for-4 with a two-run homer, leading the Phillies to a 6-2 victory over the Padres.

Schwarber homered for the second consecutive game, putting the Phillies ahead with a tie-breaking two-run homer to center field against Padres’ starter Joe Musgrove in the sixth inning.

It was his 20th round-tripper of the season.

The 29-year-old slugger has remained an on-base machine and reliable source of over-the-fence pop this season in his Phillies debut, hitting .218/.342/.500 with 50 runs scored, 20 homers and 41 RBI across 301 plate appearances.