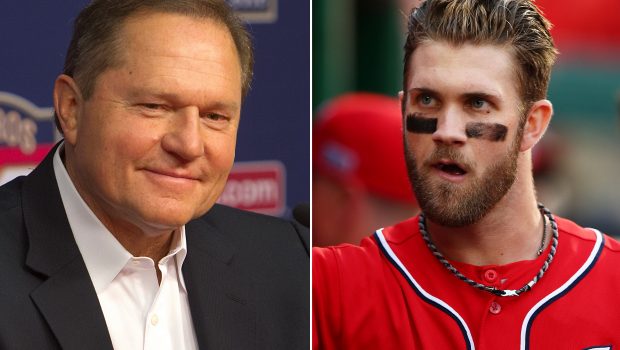 PHILS SHOULD MAKE BRYCE HARPER AN OFFER HE CAN’T REFUSE!

Bryce Harper has been “about to sign” with the Phillies for two weeks now, including one weekend when Andy MacPhail, the team’s chief baseball brain, said the Phillies were good with what they had and weren’t looking to add much in firepower or the payroll to fuel it.

And the rumors, which always seem to change, do not abate. The semi-latest, in which owner John Middleton flew to Las Vegas for a quick meet-and-greet, quickly turned to one in which he wasn’t leaving without either Harper’s signature or Scott Boras’s brains on the paper.

Okay, I stole the last part from The Godfather.

Either way, the next day, noted hyperactive snoop-and-tell artist Jon Heyman suggested there were still multiple teams involved in Harper and that the deal that might be consummated by Monday would now probably drag into Tuesday and maybe even beyond, if the rumor that the Los Angeles Dodgers sent a delegation to Las Vegas to re-introduce themselves to Harper.

A nation that lost interest in his future 10 days ago must endure more stories that both move him closer and further away from a contract at the same time.