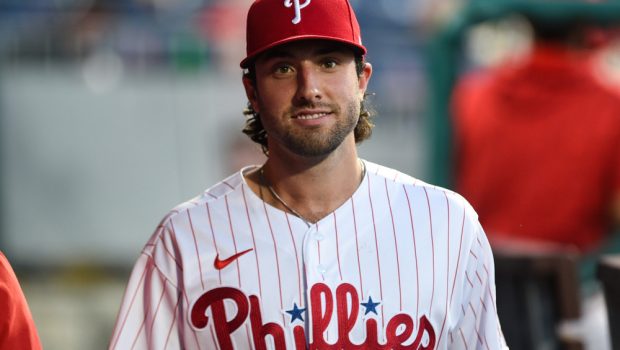 PHILS THOMSON CAN DO NOTHING WRONG: VIERLING AT 2ND BASE!

The Phillies played outfielder Matt Vierling at second base for the first time in his professional career.

Didi Gregorius is being eased back from injury and Nick Maton is hurt, so Vierling had to borrow an infielder’s mitt from Stott.

He was flawless in six chances that included the final assist of the game.

“I had a feeling if I’m out there, the ball was going to get hit to me a lot,” he said.