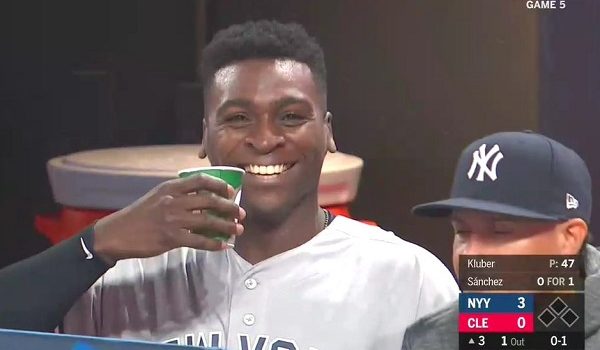 With the Phillies brooming Maikel Franco, the stars seems to be lining up for them to pursue Yanks shortstop Didi Gregorius.

New manager Joe Girardi managed him for three seasons with the Yankees, and the Phillies are interested though Girardi said he has not spoken to him.

“I’ve always been a big fan of Didi and what he’s been able to accomplish,” Girardi said. “You have to remember, I got him when he first came over and he was replacing a legend [in Derek Jeter] and how difficult that was, and to see the growth that he made was really pleasing to me. … He’s a real character guy and he’s a real hard worker that is a really important clubhouse presence. I felt that he was important to the clubhouse in New York in what he brought every day.”

Phillies general manager Matt Klentak declined to say whether the Phillies have made any Major League contract offers to any free agents. He said there is “nothing on the calendar yet” for face-to-face meetings with free agents, either.

“I think there are a lot of different directions we can go,” Klentak said. “Obviously, that’s a balancing act. Any resources we devote to the offensive side will take away the resources we have to spend on the pitching side, so we have to balance that as well as we can. Obviously, having non-tendered Cesar and Maikel as we did, that really does open up a spot on the dirt for a new acquisition. We’ve been exploring that, and we will continue to explore that. What direction we go remains to be seen, in terms of the player we add in the infield or on the mound. We just have to continue to play out all of those markets and make the best decisions we can.”

The Phillies must acquire at least one starting pitcher to improve the rotation. They need at least one infielder. If they sign Gregorius, they could slide Jean Segura to second or third base. Scott Kingery could play the other spot. If the Phillies sign a third baseman like Josh Donaldson, they could keep Segura at shortstop and play Kingery at second base.

There are scenarios where Kingery plays regularly in center field, too.