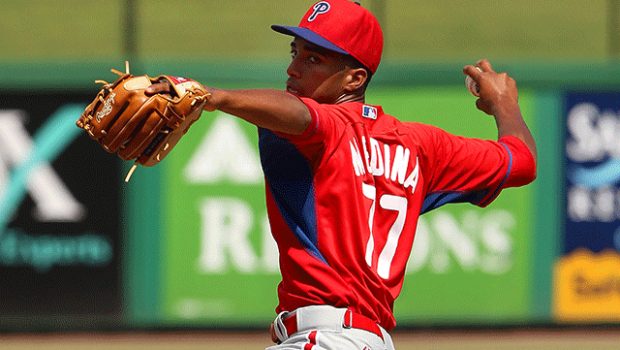 The Phillies are now the likely destination for Manny Machado, now that the Phillies have indicated a willingness to include pitching prospect Adonis Medina in their latest offer, one source told MLB.com.

Machado could join the Phillies later this week, unless the Brewers or Dodgers respond with a compelling counteroffer. The Orioles have made it clear to other teams that they want to wait until Machado represents the franchise in tonight’s All-Star Game before finalizing a trade agreement.

Medina is the Phils’ No. 2 prospect, according to MLB Pipeline, and No. 73 on the Top 100 list. Thus far, Philly has resisted Baltimore’s request to part with No. 1 prospect Sixto Sanchez.